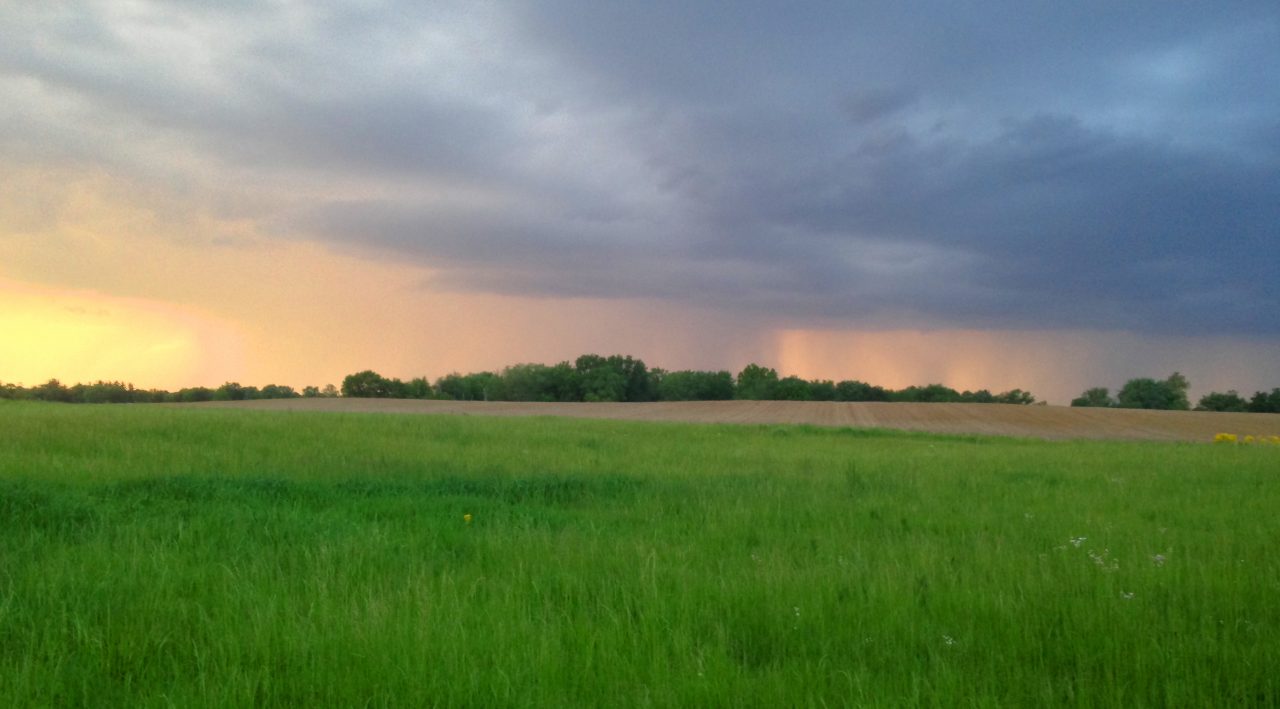 The weather is lousy outside, with sleet coating the roads, trees, and windows, and a foot of snow on the way. At least, that’s what I’ve been hearing on the local news – the foot of snow that is. The sleet I can see with my very own eyes. I can hear it, too, peppering the windows when the wind picks up, first from one side of the house and then the other. Like a child home from school on a snow day, I stand at the window surveying the backyard where everything is covered with white or dripping with ice. Absent is the usual activity of squirrels dutifully managing their stashes of nuts, rabbits hopping about tentatively as if they’ve only so much energy to spare, and starlings flitting en masse from lawn to tree to who knows where. They all seem to have simply disappeared. The squirrels I know are up there in their leafy nests, huddled together and swaying with the wind. And the rabbits are down in their unseen burrows, wonderfully insulated with grass and fur. The starlings are more of a mystery, though, at least to me. Apparently they’ve faded away into the nooks and crannies of the world – amongst the leaf litter that collects under the bushes, or in whatever other secluded hollow they might have found – there to patiently wait for the storm to pass.

I think of them calmly abiding out there in the frigid cold, hunkered down in places that are growing quieter and quieter as the ice continues to accumulate. There is great wisdom in their abiding. I know that first hand now, but only after many years of living. There is great trust in their abiding, more trust than I can usually muster. Huddling in their chosen places, with whatever food they might have collected or none at all as the case may be, they abide with innate trust that the storm will eventually abate, and it will do so before their strength runs out. They know this because they are of this world, and so they fear not that the world might conjure up a storm too furious or long-lasting for them to survive. They know they simply have to abide. And so they wait, without any contingency planning, without any fretting or lamentation, and without any pining for the day when spring will come. They simply settle into calm abiding.

Those feelings are like the wind that roars outside while you’re safe and warm in the burrow of your breath.

Calm abiding isn’t easy for us humans to do. We’re so filled with ideas about what’s fair and what should be. We’re so used to setting our own agendas and deciding what is right for us. We’re so socialized to struggle with and fight against anything that we determine is not in our best interest. That’s what strong people do, right? They stick up for themselves. They make things happen the way they think things should happen. Yes, that’s the way we usually live our lives. Until, that is, we can’t. And that’s the part that we seem to forget.

I learned a lesson that I’ll not soon forgot while on a long and solitary bike ride across the West. “You’ll be tougher than boiled owl by the time you make it across Wyoming,” the old woman said while ringing up my can of soda and bag of chips somewhere in the middle of nowhere in between Shoshoni and Casper. Yeah, that’s right, I thought, rather enjoying the prospect of being tougher than boiled owl. I’d already pedaled over all of the mountains between there and the Pacific Ocean. And the hundred miles of “rattlesnake country” seemed to be going well so far. How bad could the Great Plains be?

Ah, but it was only a couple of days later that I collapsed – dehydrated, exhausted, and on the verge of heatstroke. And as I recovered my wits in the welcome shade of a highway overpass, vowing to roll out my sleeping bag right then and there if I had to, I realized that what the old woman meant by being “tougher than boiled owl” wasn’t at all about any prideful sense of achievement. It was about learning to abide. You do what you can, and you do what you must, and above all else you learn to abide.

So, when the storms of life rage, when the cold settles in around you and the winds of annihilation howl, remember those rabbits and squirrels and starlings out there, calmly abiding one and all. Sure enough, listen to whatever anger and fear and bewilderment you might be feeling, but just keep breathing all the same. For those feelings are like the wind that roars outside while you’re safe and warm in the burrow of your breath. Breathe in and let it fill you up. Accept its gift with gratitude. Breathe out and trust that another will arrive to sustain you. For you are of this world, and the world still has a place for you. Breathe in and let if fill you up. Breathe out and settle into stillness. The storms of life may rage, but you are alive and calmly abiding.